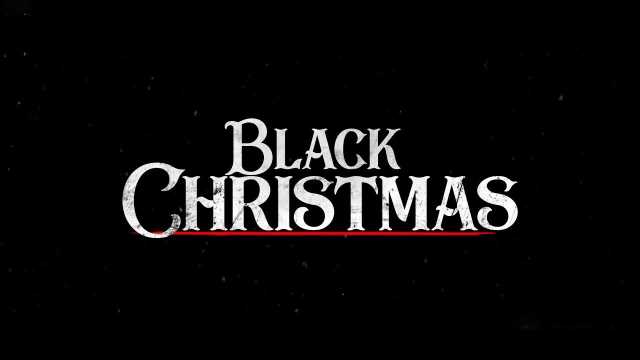 The lovely Imogen Poots returns to me, nicely wrapped up a slinky Christmas outfit and some bangs. This time around, I follow her through some good looking shots of colorful lights and snowfall on dark wood, listen to her deepening voice getting sexier and watch her fingers flick across her smart phone as she tries to explain direct messaging to a security guard smacking on what seems to be a mayonnaise sandwich. I really like her and I like this movie she’s in – four girls Christmas caroling a shame song to a bunch of frat boy dickheads, a dead body left around, kind of placed just inside of the shot, believable characters and good work by the DP – kind of really good, in fact. I could probably do without the irritating SJW Co-lead but these are the times of the irritating SJW and what pukes out of his or her mouth, so it’s something I have to deal with. Everything’s going really well and we’ve just survived (well, some of us) the initial Slasher Attack that comes at this point in this type of movie and we’re all set up for the Victim’s Revenge, right? Right? What can go wrong?

Well, something kind of weird happens at almost the one hour mark and it goes something like this:

Our girls are screeching down the road in the falling snow, terrified at what they’ve just lived through:
Poots: WAIT!!!!! STOP THE FUCKING CAR!!!!!
SJW: {TIRES SQUEAL} What?? What the fuck is wrong??? {Heavy panting}
Poots: We have to put a stop to this. You see, when I was trespassing in the frat house the other night, poking my nose into rooms I shouldn’t be in, I saw some sort of initiation ritual going on. This bust of the College’s founding member was oozing some sort of magical, black liquid out of its eyes and they were rubbing it on each other’s faces. This is what’s causing them to go crazy and feel the urge to commit murder on us.
SJW: Huh?
Poots: That’s right. That’s what I said.
SJW: You mean “Bust (/bəst/): a woman’s chest as measured around her breasts.”?
Poots: No. “Bust (/bəst/): a sculpture of a person’s head, shoulders, and chest.” Further, “A bust is a sculpted or cast representation of the upper part of the human figure, depicting a person’s head and neck, and a variable portion of the chest and shoulders. The piece is normally supported by a plinth.”
SJW: A plinth? WTF is a plinth?
Poots: “plinth • \PLINTH\ • noun. 1 : the lowest part of the base of an architectural column 2 : a usually square block serving as a base; broadly : any of various bases or lower parts 3 : a course of stones forming a continuous foundation or base course.”
SJW: OIC
Poots: We must go stop them, you see. If we don’t, this will never stop, this will never fucking stop. For years you’ve told me to be strong and fight. Now I’m doing just that. I’m going to be strong and fight. Are you going to nut up and be strong and fight with me?
SJW: Nope.
Poots: Fine. Go fuck yourself. I’m leaving to be strong and fight. And I’m taking this snow shovel with me. {Leaves, dragging shoveling tool behind her}

Me: what just happened here?

The rest of this thing didn’t exactly make me want to turn flips in excited wonderment either. The motive behind all of this seems kind of iffy for a slasher movie – I mean, I get it, yep, I do – but I enjoyed it more when it was a cannibalistic psycho just trying to make a new family with his sister / daughter.

“You’re my family now…” someone whispers, obscenely sucking on a candy cane.

I guess it’s time to end this piece and move on to something else. I suppose, when this was over, it’s easy to say this was going OK until it shit itself and that poop was black ooze manifesting super human strength and homicidal mania. I can also very easily say that I’ve seen much, much worse in my life which is kind of the impetus for this site in the first place. Let’s just defenestrate this and move along with our fucking lives.

de·fen·es·trate /dēˈfenəˌstrāt/ Defenestration is the act of throwing someone or something out of a window.

Poots: Who knew this place would be so fucking educational?

FILED UNDER: AT LEAST THEY TRIED
CROSS REFERENCED UNDER: SLASHERS AND CHICKS!