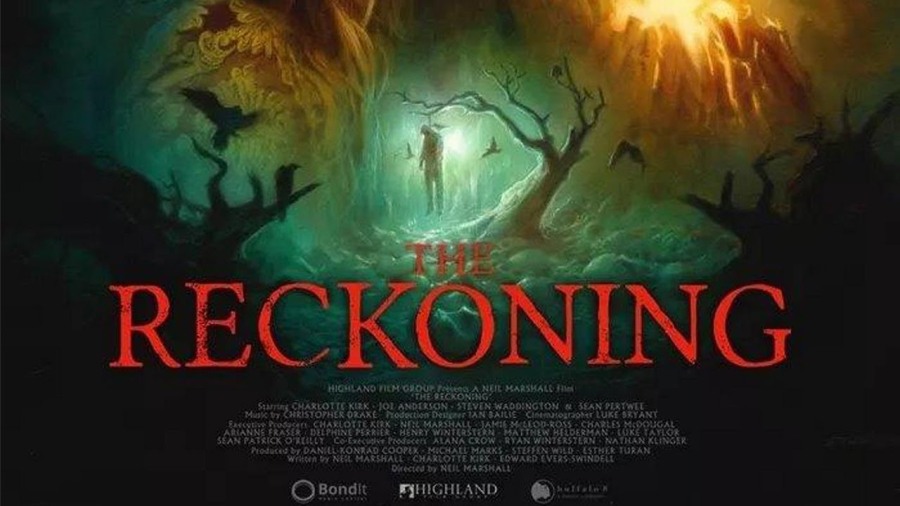 I suppose this could have crept into our witches in the woods offering a few weeks ago but – I’m too lazy to do any quick writing so, well, it didn’t. Plus I started working on another multi-week project that I’m kind of proud of myself with but I still have a lot of polishing up on that fucker to do before I can feel safe trying it out but ————- it’s part of my favorite things in horror! WEEE! If we shift our focus back to today’s topic, when I watched this trailer I was kind of sold when the words Neil Marshall flashed across the screen. I mean – Dog Soldiers! (Me guts, Coop!! Fucking shift it!!) That’s probably my favorite werewolf movie about serious werewolves. And, hey, how about the first time you saw The Descent?? Shit me, pants, Shitboy! I LOVED that one. Then there was the uninspiring, what was it, Doomsday? But that gave us Rhona Mitra hubba hubba and the less than inspiring Centurion with Michael “Look at my Weenus” Fassbender (CPD!) but, on the other hand, Imogen Poots so who could gripe. Then I really forgot about this guy until I saw his name on some Game of Thrones and whatever whatever here we are today and:

Witches and torture and plague! How could we fuck it up? Well, that’s about 1/8th of this thing and the rest is some sort of soft, PG shit about living in castle-times. I think they even scored it with a fucking lute. Tweedle tweedle tweedle goes that pretty lady into town. Tweedle tweedle tweedle comes her landlord who wants his rent or her – uh – um – delicate floweryness. Tweedle tweedle tweedle she won’t give him her – um – uh – loveliness so she must be a demonic witch and let’s call in the witch doctor. Tweedle tweedle tweedle it’s gravelly Sean Pertwee who really just hates to give her this torturing in her – er – uh – most feminineness but he must, in the name of all that’s holy. If all that sounds great to you, it’s not. It’s as soft as you can imagine with some rats thrown in and, MAYBE, one second of coolness when a guy gets his head smashed by a horse-drawn cart. It might even be less seconds than that, I didn’t have my stopwatch handy and I don’t care. I guess, since we’re correlating Doctor Who via the Pertwees, you might say it’s only slightly more ‘horror’ than a Peter Davison Who with Turlogh in it.

I don’t really think there’s much more to comment on regarding this thing. Joe Anderson (from The Crazies and such) is in it and I usually like him but not really here. That lady in the two screen grabs shows her well-rounded buttocks a few times if you’re into that but it also didn’t do much good to help this movie’s argument for being any good. There’s a lady who follow Pertwee around who has a bunch of scars from being almost burned to death at the stake. I think she was also some sort of knife wielding assassin. I think. You know – one of those old Muslim Assassins who used to be globally feared and would kill anything and everything if they needed to. But she’s white and Proper English. Or something.

Oh yeah, this actor with cool looking demon make-up effects pops up occasionally but also – not really worth it so I guess I’ll just quit. Here’s a picture of Turlough, for posterity’s sake:

I guess the best thing to come out of this is this memory: years ago, in the old blog days, when there seemed to be a larger ‘community’ of us, there was this English fellow who fancied (see how I went all English there?) (shag!) himself quite a Twitter presence and one time he got Nicola Bryant to tell me Happy Valentine’s Day and she blew me a Twitter kiss emoji. A Peri Frown kiss??? OMG OMG OMG That made my life! Since we’re doing posterity, here’s Nicole / Peri in her Who days:

For those of you who remember the old blog days, I could have been much more lewd here. Regarding Peri, not Turlough. Although I do think there was an episode where they go swimming in some river, Peri sports a two piece bikini (sproing schwipp!) and Turlough goes around in one of those tiny English penis-wrapper things that they call Speedos over here (schlooooooom badooooooooom wah wah wah wah there goes your Linus, creeping back home). I wonder if I tag this with “schlooooooom badooooooooom” I’ll get another viewer from China, the first being the individual who always finds me a few times a week searching JizzTowel (thanks CPD!).