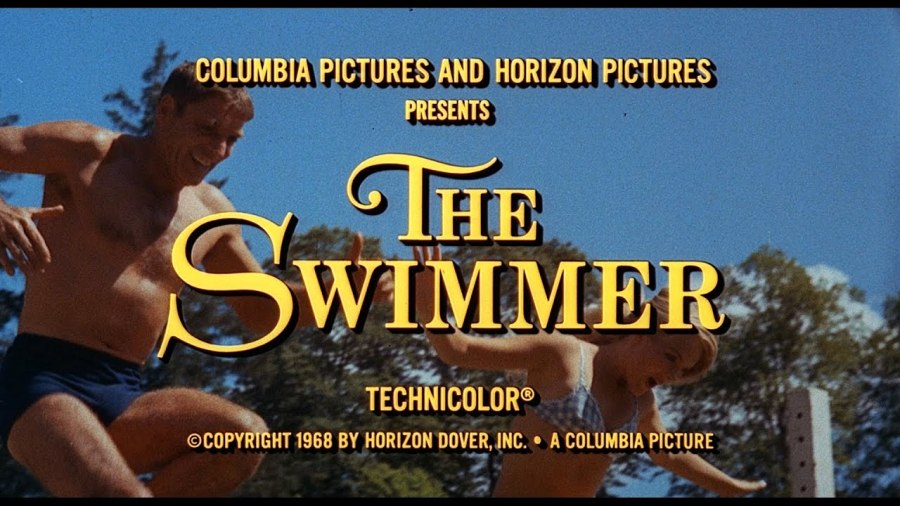 Let’s see here – how do I start this thing off? I figure The Observant and Piteous Reader probably thinks that I give no thoughts to what I do out here but, really, I do. Do you see the planning and forethought that went into calling this piece ‘Part 1’? That’s because I have a plan! I know fully well that I am lazy and slow in my writing but, if nothing else, I do try and give things a good thinking before I get after them. I really do. And now, we’re into November and the leaves are turning orange and the nights are earlier and the cold is coming and they call it fall and spring and summer are gone and all of that shit that makes us so happy. Plus, the fields are going to go barren soon and all of our hard work will have to hold us through the winter and hopefully we got the silos and barns full and – what did my mom say so long ago? Don’t nut yourself in the grain silo! No one probably remembers that line from whenever the first time I broke it out but oh well.

So, The Swimmer, back in those summer days of a few weeks ago, our BBFF 4 eva watched and wrote about this doozy of an older film called Seconds. Like a good friend, I came to her aid in the form of a comment on her blog and said something classy like “OOOOO Hey that’s a good one! Enjoy the bacchanal!” And then our current Emperor of the Dark Nights, Blogferatu, joined me with something much more intelligent but similar and then that got me to thinking about Seconds and the time that I first watched it and the time that I first caught The Swimmer. I would also like to point out that I don’t think anyone will like this movie unless, for some reason, you saw it long ago or, maybe, you went on a date with it accidentally and it’s hung around with you for two decades.

“What is this mother goose of a movie?” My father in law asks Mrs Film Miasma, pouring through the movies in my profile on Amazon. “I don’t really know,” she replies, “It’s some silly old movie from the 60s that [NAME REDACTED] likes and watches every now and then. “Is it any good?” he asks, looking for something to do. “I don’t know. I’ve never watched it with him. It’s noisy. And I think some guy races a horse.”

So how did we get here today (and this is why there’ll be a part 2 about this thing)? Blah blah blah I’ve moaned out here about being a lonely only child and blah blah blah no friends and blah blah you’ve heard it before but a long time ago in my life, I moved out of my mom’s house and into a rent house with my buddies and we lived it up like drunken early 20 year olds and had fun and chicks were always hanging out and i only had to work for rent and beer money and life was kind of easy and fun and then we got kicked out of there like the degenerates we were and I got my own one room apartment and then I was all alone again. Blah blah it’s real easy for me to get depressed because blah blab and here I was all fucking depressed again and one night I was up late trying to go to sleep on my couch and this came on (the same channel I watched Seconds on). It’s a silly movie about (I thought) some guy in short shorts going from house to house in somewhere, hopping in pools for some reason and ‘swimming home’. It was as silly as it sounds and, yep, he foot raced a horse and then the end was really fucking depressing.

Then I hooked up with this waitress from the restaurant and she fucking conned me into getting married to her and that was miserable and then i left her and fucked up a bunch of people’s lives, including my own, and i put this big tattoo on my back to remember my shame and fear and i got a cat and we lived in a shitty old one bedroom apartment, alone and depressed and i watched this again a few times and now it sticks with me as a kind of totem of when my life, to me, was really hard on me. It took a long bunch of years but i got out of it and built my life to what it is today but every now and then I’ll watch this to keep myself in check and remember that my brains are good and so is my life.

I honestly can’t believe I just opened up like that but, also, I can’t believe that there are so many pictures out there about this movie. Weird.

Aside from that last sentence, I figured this post would be too long, which is why I wanted to divide it up into to two parts. So let’s get away from my sad-sacky-ness and talk about the short story this came from. A few years ago I started collecting short story compilations (mostly from the “Best American” series) – I started in the current ones and then moved back into the 70s and 60s etc via a placed called Alibri’s and I swore I ran across this story by John Cheever in one of those but, because I never want to steer you wrong, I also have a collection of his short stories in some bookcase around here and, in a case of extreme laziness, I found it’s available online on the New Yorker website. Are you familiar with Cheever’s writing? I’ve read a bunch of his shit but I’m not one of those guys that can go around analyzing someone’s oeuvre. Do you like that five cent word? I do – but this story:

(Remember, I watched the movie a time or two before I read this) – A man named Ned is enjoying martinis by a nice, clean pool with his wife Lucinda, at some friends’ house up on some hill. He gets the idea he is going to pop over to their other friends’ houses on his way home and have a swim in their pools – ‘swimming home’. Along the way he has a bunch of drinks, some of his neighbors are friendly and some aren’t and het gets scatterbrained. Eventually, he makes his way home and it’s all locked up, the garage doors are rusty and the story basically ends. There are a lot more words and paragraphs to the actually printed materials but that’s about it. A man does some swimming and has a tough day. But, what else?

In my brains, this is totally about drinking. I’m not trying to say that I’m some sort of smart guy and that’s absolutely the truth but I’ve witnessed this behavior all over the place in my life. My whole family has been a bunch of drinkers and I’ve been well know to have some spirits a lot. I haven’t gotten loaded since before I went into the hospital but I used to have way too much. Anymore, I just have some beer and cut it with a little grass or – have some grass and cut it with a little beer, but that’s about it. I’m certainly not opposed to having a cocktail, I just haven’t. Almost dying of sepsis will scare the shit out of a man. But, over the years, I’ve seen lots of people fuck things up.

That picture above is one of the opening shots of the movie but – back to the story. Ned has some gin and decides to ‘swim’ home. I think he’s going to ‘head to other people’s pools and have a drink and do some swimming while he’s at it’, all the way down the hill. I think, although I didn’t know Cheever or study his shit, ‘swim’ here means to ‘take in some alcohol’. My friend [NAME REDACTED] and I used to call getting loaded ‘getting sleepy’ after about the 10th whiskey so look at how smart we are. So Ned starts off with some gin martinis, heads on down and stirs up some whiskeys and has run ins with some lesser-offs and starts to forget things or just plain lie to people he owes money to and ends up at a locked and closed home where there’s no one there to welcome him. It’s not only the paradigm of falling from the pinnacle but doing it on your own by taking the devil into your mouth. That last part’s actually an old line from a western that I can’t remember the name of.

In five or six or so pages, Cheever gives us a story about a fellow how chose the drinkin’, playboyin’ lifestyle over his family and he, although it’s not conclusive, lost them all. And I will never defend it or try and psychoanalyze shit, I know I used to get loaded too much but {see above} I always tried to keep things right, home and safe. I didn’t go fuck up my whole life (again). That’s not the point of this whole, long goddammed post but I knew this might go long so that’s why we’ll talk about the movie next week.

Wow, I mean I know i write too much and these things go long but who would have ever thought I’d have to do a two parter on THIS movie? “Oh, this old thing??” HAHA Clam! Remember that?