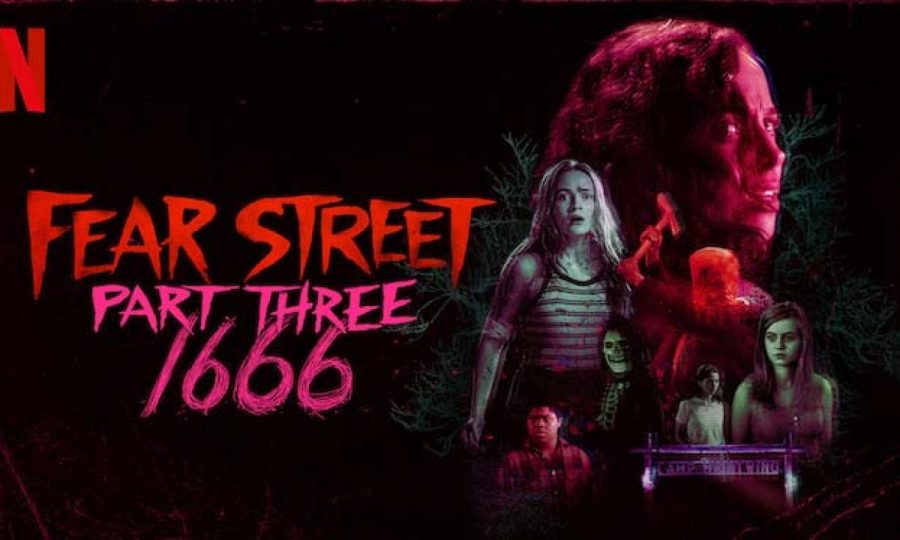 I guess it’s been long enough – time to finish this trilogy up and move on with our lives. I also guess it would be more realistic to say that it’s time to move on with my life. I liked the first two movies here and I really thought (or think) they could do a good job expanding on this with many of the sub-characters they popped in every now and then but I have a feeling Netflix won’t do that. And won’t sell the rights to anything. I would totally watch a movie about the little boy in the mask. Or even the chick with the straight razor who goes around singing. But I doubt that will ever happen. For some reason we’re getting a fast tracked Army of the Dead prequel about the most irritating character in the first movie but Ozark is almost finito and they never renewed Black Spot which was fucking awesome and, well – what did you think about The Babysitter 2? Oh well. It’s the fucking story of my life. Anyway, since I messed with Graphic Design Magicks the last time I talked about these movies, here’s a Film Miasma version of the poster above, rendered into reality by my own two hands (and some of those Magicks):

Isn’t that fucking fantastic? Can you believe that’s the same poster? If I had a place for it I could have one of those printed up and stick on my wall. I wonder how Mrs. Film Miasma would like that in our dining room? I believe that filter was called “Lava” and shhhheeeeeeeeeeeeeeeeeeeeeeeeeeeeeeeeeeeeit it’s a doozy. Looking at it again, it might be kind of cool but it has absolutely no context at all. Maybe I could save it and use it for something. Maybe. Maybe I can make some Film Miasma post cards and send you a small letter wishing you were here or hoping you get better or to take a look at where I’ve been. Maybe! Or a birthday card! “Happy fucking birthday! You are on fire! Thanks for getting older, love Management!” Maybe I could make it with some useful information on the back. “Did you know the third leading cause of death in Australia is Mad Max? Be smart. Regards, Film Miasma.” Or – even better – “Don’t go to hell! Have a blessed day, Film Miasma.” (Editor’s note: I got wild and crazy and used it for a new site header a few weeks ago) (Did you notice?? Did you?? DID YA HUH HUH??? DIDJA DIDJA???)

Here’s another one since I’m rambling on like a douchebag and not getting to the point. This one is called “Little Planet”:

Fear Street 1666 took me about three weeks to watch. I’m not being that same douche and exaggerating for effect but I haven’t had much time for movie watchin’ and the first half of this was so very uninteresting that it took me that long to fuck around and finish it. Not three total weeks of time to watch it but three weeks of life time to put it on, do some shit, put it on, do some other shit, etc. take a shower, write a post or two, actually finish something. I’m also not trying to be a dick and say ‘oh fuck this was shit’ – because, I guess it was made well and all and everyone seemed to try but…

I don’t think it was necessarily a bad idea to use the same acting folks but, they didn’t do a super job of perfecting those accents they were supposed to have. This also took place 300 years ago before they harnessed electricity and a lot of this takes place at night so the lighting sucked ass and I couldn’t see shit and I wasn’t too into it – see sentence one of this paragraph. Also – from what I could gather, aside from the girl hearts girl thing, a lot of the impetus for the actions taken here revolve around a party in the woods where everyone is loaded on some sort of berry wine and some dude gets a boner. He then gets made fun of and accuses girl hearts girl of witchcraft: “HAHAHA Brother Deacon Jonessmythe! Hast thou a deer antler in thine trousers, sir? HAHAHA! Perhapseth thy should go smite thine milk saucer in thine woodseth and relieveth thine devils! HAHAHHA! The devil’s penile the devil’s penile!!!”

And so on and so forthe until someone’s dead and a curse (pox??) is set upon the towne for all of the years to come, etc etc, etc, Amen. Excelsus deo. Glory and god damn.

BTW – those two girls above are in this for about five seconds.

Once they go back to the future, which is, truly, in our past, this series picks up again and I thought the thing ended well. Our leads, once again speaking the One True English and not the “Bollocks the Arse Queen’s English”, head back to the mall and that hangin’ tree and the ghosts of centuries past and there’s a Waldenbooks and some jokes about large style CD players for cars and there’s some of this and some of that and – what can I say – I liked it. Are YOU gonna like it? Maybe. I don’t care much for the 90’s in general but I thought it was good. I don’t reaaaaaalllllyyyyy care much for the 1660s either and that’s fine, I got over myself. I still stand by that I’d watch a spin off or another couple of movies as long as they didn’t look like they’d suck ass.

This wasn’t my favorite of the three and the first part didn’t engage me like whatever made that guy get a boner but – eh – I’ve seen much, much, much worse. In fact, I started watching something on Netflix the other day called Sweet Girl with Aquaman in it and I hated it. I didn’t finish it, so maybe it got better but I only made it about half way and started watching some series on Hulu with Michael Shannon in it. It’s also not too compelling but I’m into it more than Sweet Girl. I guess I wished I liked Bobby Cannavale more but I never have and he kind of ruins everything for me. I suck!

CROSS FILED UNDER: THE DEVIL’S PENILE

Looking back at this post in one last futile attempt to proof it, I notice there aren’t many pics in this thing. “Thank Jehovah!” Sighs the audience. Well, all this talk about olde tymes and peniles and pictures got my brains thinking. Below is my absolute favorite work of art I’ve ever seen (I only wish in person). It’s called The Ecstasy of St Teresa and it’s in some church or something over in Italy or something and I love it but – aside from it being pretty – what do you think that cute little guy with the wings is up to? I’ve never been under the impression that he was intending to shoot her in the heart with love like that fat little cupid.