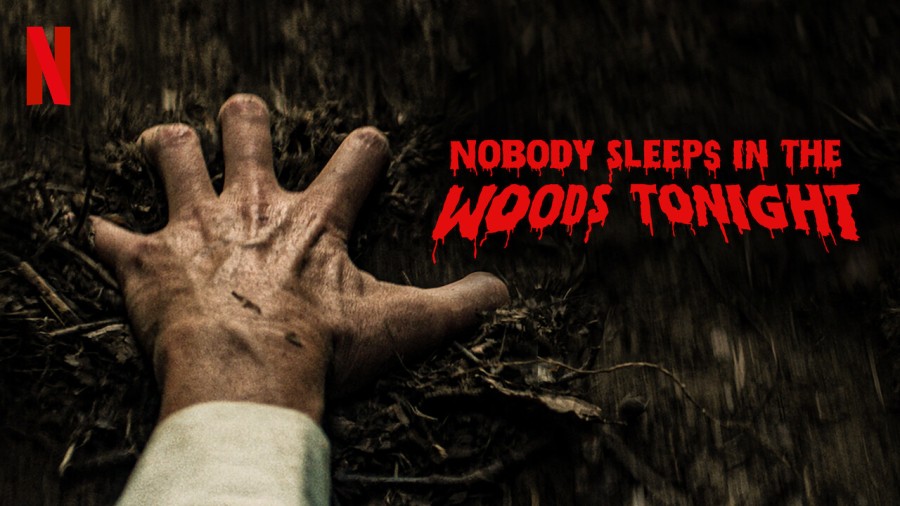 1 ) I thought this movie was all sorts of fun. Can I say it was ‘fun as fuck’? I can – because it’s my place! Was it as fun as, say, fucking? Maybe not buuuuuttttt depending on who’ s doing the majority of the work, it is probably a lot less taxing but – without that big payoff that comes with that analogy. THE BIG PAYOFF!!! Someone repeats, unzipping their trousers. “Ere it comes, ye filthy hounds, “I been at sea for four long months and now’s the time for me comeuppance. They call this one the Serpent of the Waters, ye hear me, the danger of all shoremen and women! Avast and behold my wrath!” Jesus where did that come from?

2 ) I came home from work early one day and had some time to myself so i picked Netflix and this showed up under their Halloween Scares or whatever and I figured why not. I also did something I don’t normally do which is look at twitter and told some people overseas that I was watching a Polish Horror movie – not they would give a single AS FUCK – but I can’t text them and bother them even more so that was that. Then, one of them replied and made a comment about the IMDB rating and, because she’s in England, called me an ungrateful traitor and threatened to behead me if I ever stepped on the British Isles. I responded with something smart like “I’m not worried about IMDB ratings!” and she responded with a GIF of someone running their index finger across their neck with a text effect of “sssssscccccccchhhhhhiiiiiiccccckkkkk” and I said “wait this movie is fun but with some questionable dubbing!” and she gave posted a new GIF of a decapitated head rolling down the aisles of some church like a bowling ball until some priest or abbey or bishop or something picks it up and drop kicks it through that big ferris wheel thing like he’s trying to win the World Cup. I said “I think those IMDB people need to lighten up a little!” and she finished her day with a video of a couple of pool balls – or is it billiards – or is it snooker? – anyway – a couple of round balls are rolling around on a velvet looking surface and then someone in high heels stops them and then someone off screen smashes them to crumbles and someone says “here’s your fucking tea party, mate.” I think that’s how it went. She might read this one day and refute it but….

3 ) wow those two bullets got out of hand…. here’s what someone in the movie might think of my behavior so far:

4 ) the dubbing in this movie is atrocious and it’s 2021. Every time I watch something on Netflix that needs dubbing, it sounds so shitty. I really don’t mind reading a movie but with the cataracts I have in my eyes it’s not so easy any more if the words are white and so is the background. I bitch all of the time that movies are too dark and I can’t see anything so, here we go, this is well lit AND a lot takes place in the sun, which is PERFECT! – but I can’t read the subtitles so CRY.

5 ) By true nationality, I’m Czech / English. Since I try to stay [NAME REDACTED] hidden, I’ll just say that one of my ancestor’s full name ends in Babek. I’ve never really paid that much attention to it, not the name but the Czech-ness of it all until the other day when I was REALLY slow at work because everyone was off for Fall Break and I decided I’d try one of those online language learning sites (I forget which one) and learn some Czech While I’ve already forgotten ALL of it, I did learn how to say Hi, No, Yes and Hi, have a good night. I could or should have done more to create those memories but in true Film Miasma fashion, I didn’t. My point is that, I don’t really see why this would have a low IMDB score other than I believe that most of the people who rate things on IMDB are assholes but – maybe they’d appreciate this more in the original Polish?

6 ) It’s been a few days since I watched this and now, speaking of memories, I have nothing but good ones of this. The humor is there, the acting (physical, not voice) is just fine, it’s gory, some unexpected things happen, it’s WELL LIT, the camera work is good, I liked the bad guys and the leads. There’s even a couple of throw away lines that made me LOL. One is when, and she’s not picking on him, but our leads, one is the fat kid who complains all the time, balls himself up to make a big distraction while she goes back in the cellar for something. “But {Polish name},” she says sweetly, “Do you even know how to run?” And it wasn’t a big dig, it was nice. Later, a cop is out driving around and someone comes over the CB, “Be on the lookout for {more Polish names}. They’re out in the woods celebrating Hitler’s birthday or something.” I love random.

8 ) I guess, in the end off this magnificent piece of writing, I don’t really know what’s not to like. Maybe because the big bads are covered in boils? Maybe because there’s some in your face tits early on? I would say the only really irritating part of this was the camp counselor but he’s not in it for long. I suppose there are some jokes made because a guy’s dad doesn’t understand he’s gay but those were all at the dad.

9 ) I’m going to file this under FUCK YEAH, SON because I really liked it and this is my place. It reminds me of this time I was a teenager, my friend and I went to the arcade at the mall and I was watching him play some game. I remember looking around and some girls were making smiles at me and I was young and that was a big deal to me. Then, in that split second of time your brain works and you figure something out, I realize I had been itching my butt, probably digging in there. So I went from super excited to mortified BUT I had all of those feelings in my body so something was really going and my blood was pumping and even though it was probably another embarrassing moment in my life, it was exciting.

10 ) Because I need a number 10 or my OCD will cause me to collapse. My deja vu wasn’t about digging in my butt. Here’s my last still from the movie that is probably, nearly, accurate.