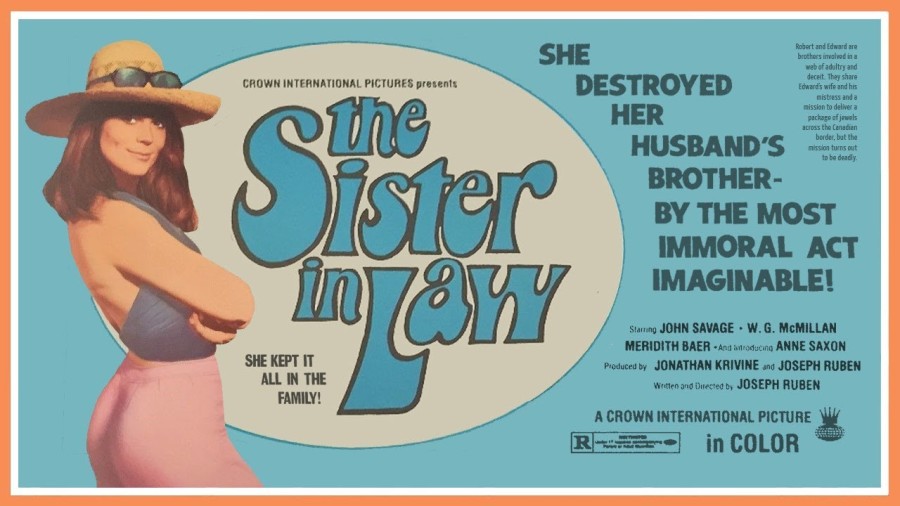 It feels like it’s been a minute since I fired up the old 35MM and looked at some of my old home movies. Oh wait. Uhhhh. No! This came out in ’74 – I was only 3! I didn’t know anything about lude sex and lude drugs – like ‘ludes! And fast cars! Of course. I don’t really remember much from when I was 3, I don’t think. Maybe I saw all of that but forgot but those things are buried deep in my brain and that’s why I like these movies so much. These tend to have all of those things I mentioned plus some shag carpets, rotary phones, maybe some harpoons and probably – multiple counts of………… –> MURDER. I guess that sounds about like my childhood. Or does it?

Or… maybe even.. if you’re not from the 70s like I am, this probably won’t resonate with you like it did me, but this is the type of thing I remember catching on cable late at night – after my mom had gone to sleep and my friend and I would sneak into the living room and watch TV with no sound to try and catch some loose boobs. In these things we would find: some women going around without bras and losing their tops and dresses and doing The Sex, unshaven men (read: thick, un-metrosexualed beards and disheveled hair) wearing flowery shirts and messing with drugs of some sort, some semblance of a plot and lots of music that was normal for the time. I know every person has “Those Were Much Simpler Days” in their own head but the 70s were mine and this was a nice little reminder of my personal “I Didn’t Have To Work And Pay Goddammed Bills” days of my lives.

Also, just look at that headboard. You could really put some lava lamps back there to set the atmosphere.

Hank Scudder (if you’re cool) John Savage plays the typical nomadic, roaming, prodigal son dude who just gets back from the scouring the U.S. That chick in the picture above is his brother’s wife – nay, divorcee, played by someone named Anne Saxon who does not have one more single credit to her name on IMDB. The brother of Scudder is named Edward and is conveniently also bearded and currently balling his lady friend Deborah while smuggling heroin across the Canadian border. As it goes and very quickly, Saxon’s character is smitten with Savage’s and Edward is pissed so he hurts Savage in a water basketball game so Savage balls Deborah and – well – you know what happens when you mix heroin smuggling, balling your brother’s old lady, water sports and get revenge things go. Do you? DO YOU?

Here’s another pic from the movie so we don’t get too far off course:

Nature ballin’! HAHAHA LOL HAHAHA! MMM – HMMM. Have you ever balled out in the grass or weeds? I haven’t. A couple of times in some water but not in the Earth’s natural growth. I would hate to be the person on the bottom in that situation above. Can you imagine chiggers in your butt? Or the hives from grass allergens? OR A GODDAMMED CENTIPEDE???!? True story – so long ago I had this girlfriend and we went to a state park here and my plan was to do some – uh – nature’s business out there and we had the brilliant idea to rent a canoe and go about that business out on the lake so we rented the thing and we went to go get it and I lifted that stupid thing off the ground and there was some sort of centipede that was more like a billionpede and it had all of these colors and I freaked right the fuck out and ended up having to go get a hotel for the night and – you guessed it, no balling happened, under the stars or under the light bulb.

And, since I would never lie to you, Dearest Reader, I think the big event with the Doom Bug happened somewhere around here:

Speaking of that, I also LOL-ed when the two brothers are sitting on a park bench and the other one starts rubbing and itching his balls. “You got some kind of disease??” Savage asks, looking repulsed. “Prickly heat….” his brother replies, grimacing. Prickly heat… if you’re a guy… you know…

I don’t really think there’s much else to say here today. Murder. boobs, thighs, pools, cars, drugs, sex, in-laws, men with pubes. And Prickly Heat! Get that man some cortizone!

FILED UNDER: THE BOOBS THAT TIME FORGOT