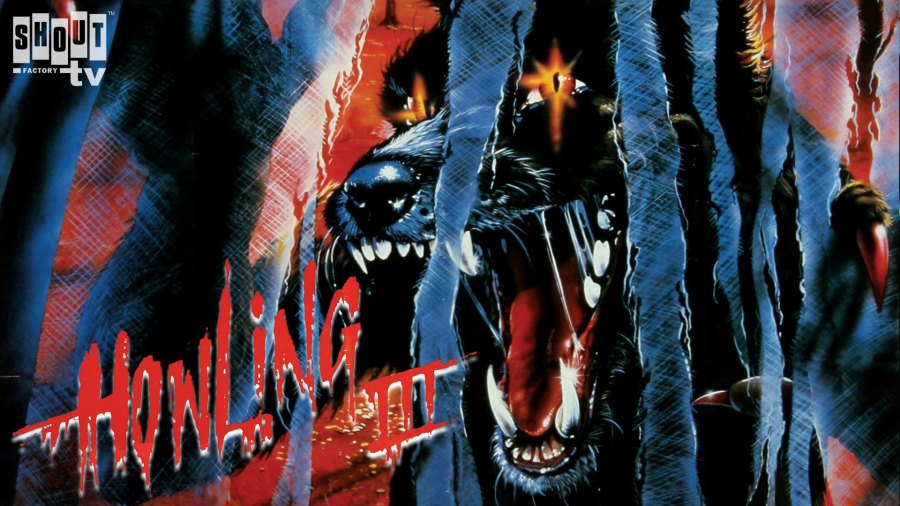 I’m going to come out and say this here at the start – this movie isn’t any good. It’s really not and while I watched this by myself I kept asking myself what just happened because either the editing was that bad or there was no continuity or they were just filming shit to get things filmed and there’s a good share of werewolf teets in this that I kept calling ‘monkey teets’ because i was talking to myself but – yep – not good. But then. Then it was over and after everything I’d just seen and just happened for no reason in this thing, I liked it No, not good, but kind of good fun. Maybe I can come up with a good analogy some time during this write-up and I’m sure it will have something to do with how shitty my blog is but a few of you Beloved People do keep coming back. Maybe not after today but –

We’ll also do this – 2.5 Million Film Miasma Bonus Points TM if you know who Frank Thring is RIGHT NOW without looking him up. I do. Do youuuuuuuuuuuuuu? Did you cheat?? How could we even prove it? We probably can’t so I’ll have to take your word for it.

Intro summary! The movie? Not good. The movie – hey man, it was all right. You know how this could be actually fun? Watching this with someone else who appreciates a shitty movie and would get some laughs calling those things monkey tits and wondering why a werewolf explodes like some sort of H-bomb. I guess it did get shot with a bazooka so there’s that reasoning I suppose. Also, Frank Thring.

We switch from The States and Transylvania to Australia where some guy is teaching a class about werewolves for some goddammed reason at the local college. Meanwhile, some guys are supposed to be American FBI (?) tracking werewolves – uh – werewolfing I guess, in Russia. Elsewhere, a woman in rags lives amongst some community of rag-clothed people. They are openly werewolves because they’re proud of it and one day her bald stepfather wants to rape her so she runs off through the – uh – Bush (?). Film Miasma Full Disclosure: I don’t know jack shit about Australia except for what I’ve seen on TVs and movies and shit like that and once there was a blogger from there that I followed who I really enjoyed that made fun of me once or twice because I compared something in a movie to some sort of spider and he sneered at me because he said they have spiders as big as cars over there. I assume his derision was due to the fact that the cars he referenced were actually automobiles and not children’s toys so, seeing as how I’m afraid even a small one of those motherfuckers will destroy me, I’ll never go over there to learn anything. Point is – I’ve always understood the “Australian Bush” to be out in the wasteland where Mad Max lives and not close to a big city.

So our girl runs away barefoot from her rapey stepfather and all of her ragged family and falls asleep on a bench outside of a big city. That night, on the bench, some passerby guys want to rape her but she gives them what I could call a ‘hiss’ and they run off. The next day she wakes up to the bright sun and sees those really familiar Australian buildings that I think are opera houses (?), some guy drives up and chases her across town on foot because he wants her to be in a movie. And buy her some shoes. She agrees even though she’s a werewolf, from a village of ragged people and has never seen something called ‘a movie’. But she agrees, the director is –> Frank Thring, the guy takes her to see a movie called “It Came From Uranus” and they have sex. To note: this is PG-13 so there’s no Sybil Danning boobs waving all over the place. Instead, we see them – uh – after the fact, I guess, and they’re both fully clothed, drenched it what was probably baby oil to make it look like sweat. She’s please with all of this, of course and dozes off so…. ready… he sneaks a peak at – ummmmmmmmmmmmmmmmmmm – her privates, but not her privates because it’s PG-13 but what they used to call “The Stairway To Heaven” and it’s hairy like, I don’t know, a werewolf I guess and…….. there’s a pouch. And a baby.

Within a couple of days, literally, the baby is born, the father and the mother are on the run from the American FBI, the college professor, the (I think) Australian President’s Omega Team, a group of nuns who turn into werewolves, some trackers and their “Bush Guy”, her familial townspeople who now wear modern clothing and shoes and one of those Native Australian guys with the enormous white beard and a tweed suit who really says things like “WANT SOME SHRIMP ON THE BARBIE MATE!!!?”

And that’s the first half of the movie.

And this is about as good as it gets if you’re looking for werewolves:

What’s funny and sweet about the second half of the movie is the way the folks go from savages or tee shirt wearing movie people to suave, 80s pinup looking folks, wandering around out in the outback with their leather vests, hats and what they used to call ‘wet look’ hairstyles. And how the professor and his FBI guy colleague are allowed everywhere in Australia. Like the time they go to spy on a Russian dancer who just might be a werewolf (that’s her in the poster up top). After someone blows up some sort of animal with a bazooka, they all go to live in the wilderness and raise kids. But it’s still not over! Flowery, wholesome music ensues, blond haired children run around in cut-off jeans and pose for the camera. People pot plants with potting soil. Come to Australia, Mate!

And suddenly it’s eighteen or so years later and we slowly, so very slowly, slowly build to the big conclusion. And then……. are you ready for the big moment? The big money shot? Our man Thring sends us off into the night. We’ve had our babies and raised them in our pouches. We’ve worn tweed and leather and seen some dancing. We’ve finally worn some shoes and seen our share of monkey tits but our time is up. And for whatever it’s worth, this Australian movie is still better than the movie Australia.

FILED UNDER: WEREWOLVES AND SHIT