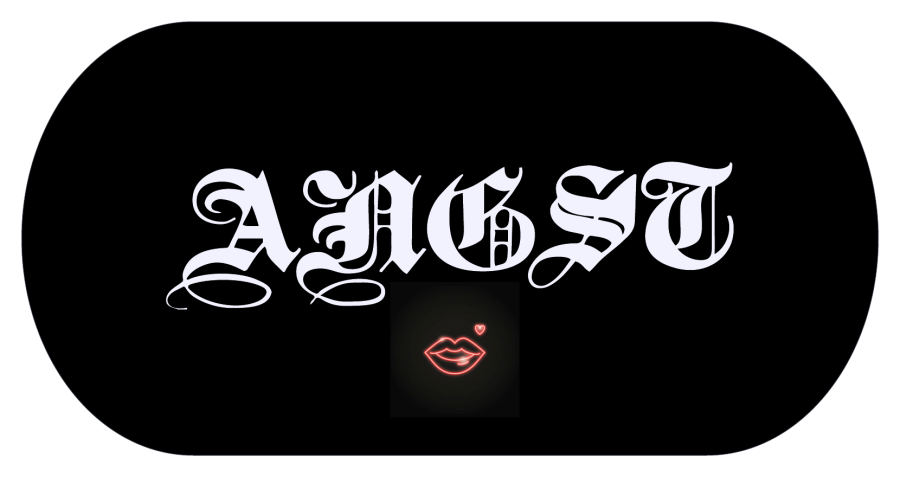 I think this technically goes by the name Penetration Angst but a week or so ago I checked my spam comments and deleted a hundred of those offering me private account details and cialis and asking me out on dates and shit like that so I kept the word penetration out of the title but, I really thought I’d been good at keeping this blog much less crude and full of boobs than last time around. Is it all because of that jizztowel tag we did two Christmases ago? Why, Jizztowel Man, why?? I spend an hour doing up my hair real nice and you come up to me and touch it? Why? WHY? So – Penetration Angst. Guess what this is about.

Funny but true story: some of you might have read the words I write, probably while wearing your Sadness Blouse, but you might know I have a new job. Here at the new place I live half the day, there’s this lady I have to talk to named name redacted. She’s real nice and, let’s see, I’m 6’4” so she’d probably five foot or a little taller, she seems late 50s and, I swear I’m not looking but, she has the lowest hanging, watermelon boobs I’ve ever seen. Ever. Those things have to weigh 50 pounds each. Where was I going with that when I started this last week.? I guarantee you it had nothing to do with penetration. Maybe I just wanted to mention them things. Maybe it’ll come back to me by the time I finish this goddammed thing. Boobs? No. Maybe I was just trying to keep our human element human and kind because I’m sweet.

That reminds me of this song I heard the other day on the way to work. I think it was ‘call me sunshine’ by Ghost. Heard it? I looooove it.

But, Mephistopheles or not, I suppose I’m here to tell you about what I’ve witnessed, my Child, so you can be prepared for your next adventure. In my profound and profane stupidity, I ignorantly thought I was getting into another Giallo but I was so wrong. Also, in retrospect, several years ago, when I used to physically drive to a DVD rental store and then get out of my truck and walk down aisles of DVDs looking for a horror movie, I came across a movie so forgettable that I forgot about it – an English job called “Twisted Sisters” which basically consisted of an actress named Fiona Horsey going naked the entire movie and killing people. Sometime later another movie with this actress came out called “The Chambermaid” which, basically, consisted of Fiona Horsey going naked the entire movie and killing people. Having forgotten about those pieces of crap and forgotten about Fiona Horsey, imagine my stunned as shitness when I welcomed this into my life: Fiona Horsey going naked the entire movie and killing people . But this time her, uh, uh, you know man, womb devours people after they come to the conclusion of their sexual encounter. Kids today! Sounds like this time around we can forget the jizz towel : (

Plot: “As Horsey and a male are doing Making Horseplay, upon the male’s conclusion his body is sucked into hers, completely, leaving only clothes behind or a rubber, as may be the case. Used and filled with spermum.” In my movie I never finished writing or even doing anything worthwhile about, someone took a used rubber filled with spermum to the face but that’s neither here nor there anymore. What will cure her of this horrible affliction?? True love?? Closure on that traumatic incident with the guy in the fetish mask she witnessed as a child?? More spermum? Only a few people probably know the answer to that – one of them being myself.

To make matters more interesting, there’s a side story – what?? Yep – a moony eyed, in-love-with-Horsey dope named Dennis (not penis as you might guess) follows her around and follows her around and moons and follows her somewhere and then goes ahead and falls in love with the right half of a pair of co-joined twins. Solid. Is that enough of that right? Well no, you see, for some reason as he is trying to have sex with the one, he accidentally has sex with the other and then goes crazy and cuts them in half with an electric bread slicer, killing the left half. What? Yessir. Next up he’s on the run and on the TV and wanted for murder so he dons a hideous looking fake moustache, sleeps in the park like a shiteating bum and naturally ends up at a strip club. Also solid storytelling. Naturally , as we all do, the stripper bathes him, washes his dirty, filthy penis and cons him into helping her rob a bank on the Isle of Wight. I think that happened to me back in ‘88.

If we drift back into the other side of this terrific movie, Horsey is now afraid of her, um, uh, pepita and won’t let anyone near it. Again, sound familiar? “It’s all your fault!! It’s all your fault!!!” You scream, pointing at your peeper. We know you do, it’s ok, you’re welcome here.

My editor, screaming at something for some reason, just reminded me that somehow this post is almost at 600,000 words and I have to wrap it up or we’ll get more complaints than usual so I have to edit down three paragraphs of my bullshit…

For the rest of this piece of art, you can expect: a crippled step father peeping through a keyhole, a feminine doctor exam, a drugged up not-ok sex, another rubber, her growling peteetaputeeti, hooking, a dungeon, a cop, a marriage, abstinence, a missing father in law, the Isle of Wight, a sunburned weenus, duct tape, open air BJs, handcuffs, explosions and dumdumdumdumtadum, murder. Mostly over that one growling, hungry piece of female anatomy. Talk about angst.

Well – there you have it – a movie production featuring Fiona Horsey and her hungry Horsey. I said it. For a movie about a, um, yeah, uhhhh, make no mistake, Dear Child, this movie is not good but I kind of felt like, you know, when you stand in the hot, baking sun for four straight hours for a ride at a theme park, listening to and smelling sweaty idiots from some place like Sausalito and then, finally you make it to the suspended, upside down, three loop roller coaster and it’s the fucking baddest ass ride you’ve ever been on but you remember how awful it was to get to the big finale – that’s kind of what I got here. But this is not Bad Ass in any way.

FILED UNDER: I DON’T REALLY KNOW WHERE TO PUT THIS FUCKING THING… AT LEAST THEY TRIED?

And, because pictures mean the most, not to be too pervy but this is what you can expect a lot of in this thing:

And, for some reason that makes my brains zipzap, this song plays over the credits: