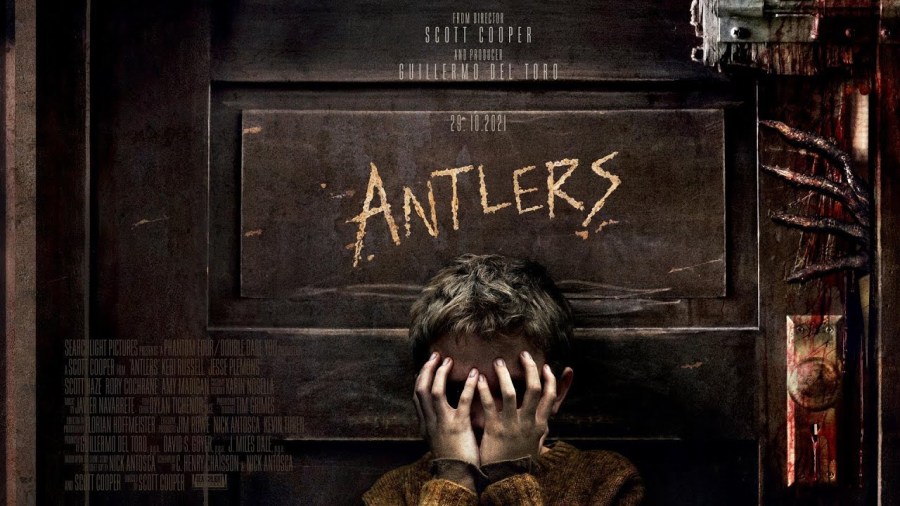 Well shit. I feel like the first trailer for this excellent and creepy AF looking movie came out at my old job – like maybe in 2018 or so? It looked so bad ass and maybe we’d get something sooooooo good for the first time in a long time and was this by the guy who did It Comes At Night and fuck yeah let’s go boy this will rock your lame ass and shit yeah and then we just got the trailer over and over for four years and then it showed up to rent and I was all FINALLY SHIT POOP WHEE and then I thought it was so good and we got to see something good again and then Keri Russel kills the thing with a stick and it’s over. WHAT? That’s it? Talk about blue balls. WOMMMMPPPP WOMMMPPPPP WOMP. “You can’t kill me like you’ve gruesomely killed everyone else because I’m tough and I’ll poke you with this stick.” Dead. Game over. Emissions deterred. Pfffffffft the balloon deflates and flies away. Lick lick goes the ice cream as it falls off the cone and into an ant pile. Fuck your music in the butt, says Tool releasing their last album. Wah wah wah. End. Eat shit.

And there you go. That’s Antlers. End of post. Thanks, management. Love ya mean it, Film Miasma.

“YOU CANT GET OFF THAT EASY YOU LAZY MOTHERFUCKER!!” Advises my editor. Since I don’t have an editor or even someone else to write on here with me since The JB took my money and split town to make a family, here I sit, alone. How’d that old bathroom wall thing go? Here I sit all broken hearted, tried to shit but only farted. That’s me. There was a second piece Jason and I made up: here I am in sorry vapor, the one before me left no paper. Yep. Hey that goes with my whole Film Miasma motif! Stinking writing, sitting around in that sorrowful presence. That’s the fucking story of my life.

But here we go, right? This HAS to be about addiction and how much it cripples those poor, shiteating people in Shit City, Oregon, right? All their poor fucking money ran out back in the 70s and now they all do meth and kill each other, right? Well, I don’t think that’s the truth like most Northeasterners do but maybe we could get a good monster allegory movie out of it? Maybe?

This thing starts off with some poor fuckers cooking drugs in an old mine shaft that end up getting killed deader than fuck. We’re lead to believe it’s by a creature of some sort but our minds don’t believe in shit like that so we know it’s some deranged, toothless and poor motherfucker who needs his fix. One way or another even if it means murder. OK – I’m down! Plus – the atmosphere is super claustrophobic and creepy! WOO! Introduce Keri Russell who is conveniently a recovering alcohol addict who even goes to the beer store after work to prove she can fight the urge. (And bytheway – I know that urge) But hey! I’ve never actually liked Russell in the things I’ve seen her in but she’s doing real good here where there could be some serious overacting bullshit and there’s this scene in a restaurant where she fucking nails it so – WHOOP! We’re really rolling here!

Next up – uh oh maybe – she lives in her childhood home that she Prodigal Daughter returned to. She lives with her mustachioed brother, the local sheriff, it’s —– Jesse Plemons! It’s OK, I like Plemons. Fargo Season 2 is one of the best seasons of TV I’ve ever seen so I heart him for that. Maybe not Power of the Dog which was a real pile of shit but I saw this before that, so. But, hey! Let’s still do this thing!

Russell is a teacher at this school. One of her students is this skinny, little kid who makes scary drawings. Through the magicks of Film Set Up, we learn his father is some sort of 1) a person on drugs who must intake more drugs to feed his crippling and deadly hunger or 2) some sort of man possessed by something who must feast on shit like squirrels and humans to feed his crippling and deadly hunger. Through the magicks of Exposition and (maybe) Stunt Casting, Graham Greene tells us there’s a Wendigo in town and he’s probably out to kill us all. because society is fucked up and he’s here to smite thee! Or it’s a dude dying from his irreparable hunger for the stank. Or a Wendigo. Either way, something will get out of that locked room and fuck you clean up, leaving your gored out remains in the bushes and trees. Aw snap. Totes.

And this movie is going good. It really is. Kind of real good. But THIS IS ABOUT DRUGS AND WITHDRAWAL AND HUMAN PAIN AND THE TOLL IT TAKES ON FAMILIES right. Or a monster? BUT THE MONSTER IS MAN AND WHAT HE CAN BECOME!!! Or, just a monster that makes some man glow and then breaks out of his human flesh, like some sort of locust. Or snake. Or when you have that one night stand and you’re done with your weiner and you pull the rubber off and you don’t know what to do with it really so you kind of hide it under the side of the bed until someone, maybe you, picks it up and throws it away in the trash can. That’s kind of what happens to this dude EVEN THOUGH WE KNOW IT’S ABOUT DRUGS AND THE TOLL IT TAKES ON MAN!!!!! Maybe.

But it’s going ok it’s really going ok until it starts to attack and we know it can kill gruesomely all over the fucking goddammed place because it’s so fucking scary and full of rage and it’s not some guy needing his fucking fix motherfucker it’s that fucking wendigo Graham Greene warned us all about and it’s going to rip your soul apart sorry wrong movie and it’s going to rip you to fucking shreds unless you’re Jesse Plemons and you can kind of hide in an old barn and fend it off by yelling maybe and i guess maybe it’s not so tough after all but hey it can make a lot of noise but it won’t hurt you if you’re Jesse Plemons in a barn because you can scare this terrifying, brutal thing off because you’ve got to go be in Power of the Dog and this thing can’t kill Jesse Plemons and also because he’s got to be in this later in one of the stupidest things this movie puts out after everything we’ve been through and i don’t mean puts out like that analogy I used earlier with someone and their used rubber and no I’m not talking about rubbers because Plemons comes up with The Clap or something but oh well just wait i’ll try and remember it later but anyway after it fails to kill Jess Fucking Plemons it heads off without killing anyone else into that local abandoned and sucky mineshaft that’s got to be full of giant spiders and rats that will eat your fucking eyes out but they don’t show up but Keri Russell does and she kills the goddammed terrifying soul ripping thing apart with a stick.

Problem solved I guess and that’s that for that fucking thing and we’re all safe now so Jesse Plemons and Keri Russell who are brother and sister talk about keeping the poor skinny kid and raising it like some abandoned cat or something and then Plemons has that idiotic glow in his stomach so I guess he’s the fucking wendigo now which makes no fucking goddammed sense whatsoever and BOOOOOOOOO. A long time ago on a blog that cannot be named I wrote a post asking if you’d ever seen a movie shit its pants and I was talking about Fantastic 4our because it ended up really sucking ass by the time the end came around and so did this and so do most of my posts so there.

FILED UNDER: AT LEAST THEY TRIED, I GUESS